We have all cast only to watch our bait come to a screeching halt and look down to see a horrible bird’s nest coming from our spinning reel.

Learning how to spool a spinning reel correctly will greatly reduce the chances of creating line twist, which leads to the bird’s nests.

How can we spool a spinning reel to eliminate this awful problem?

The correct way to string a spinning reel is not complicated.

We will go through the process of spooling a spinning reel with step-by-step instructions to help you become a better angler!

How to Spool a Spinning Reel: Broken Down

YourBassGuy.com Community Coordinator Wesley Littlefield quickly breaks down how to spool a spinning reel in the YouTube video above!

Placing the line through the bottom eye of the spinning rod will help your reel to initially pull the line onto the spool similar to what it will be like when casting your spinning reel while fishing. You can run the line through all of the eyes on the fishing rod but it does make it more of a hassle and is not necessary to string a fishing reel.

Step 3- Remember to Open the Bail

I can’t tell you how many times I have gotten in a hurry and not opened the bail before tying the line around the spool of the reel. Forcing me to untie the knot or cut the line and retie the knot. The reel will not work if the fishing line does not go under the bail.

Step 4- Tying the Knot Around the Spinning Reel Spool

You will get different answers depending on which angler you ask as to which is the best knot to use to tie the line onto the fishing reel spool. Some will say an overhand knot works just fine and others will say you need to tie an arbor knot.

Once you have tied the fishing knot of your choice, clip the tag end of the line. Leaving excess line from the tag end will lead to problems later while fishing.

Step 5- Close the Bail and Reel

This can be a bit of a hassle depending on which type of line you are using. Braided fishing line is more likely to spin around your spool and not spool onto your reel. You might need to use a monofilament backing to keep the braided line from spinning in circles. To tie the mono line with the braid I recommend using a double uni knot.

Be sure to create a natural resistance by pinching it between your fingers while reeling. Not so much that it cuts into your fingers but enough that it forces the fishing line to securely spool onto the reel.

Unlike baitcasters, you can overload a spinning reel with line. Reel enough fishing line onto the spool so that you have about 1/8th of an inch space on the bottom of the spool.

I tried putting extra line on a spinning reel ONCE! It was not a fun fishing trip dealing with the bird’s nest that followed my initial cast. So I highly recommend spooling the correct amount of line onto your reel.

Step 7- Cut the line and Tie on a Lure

Once you have enough but not too much fishing line on your spool cut the line. Finish running the line through the rest of the eyes of the rod, if you haven’t already. Tie on your favorite lure and head to your favorite fishing spot!

Step 8- Catch fish with Your Spinning Rod and Reel

Now that you have your spinning reel filled with line and your favorite lure tied on it’s time to plan your next fishing trip and go fishing!

You get to enjoy the fruits of your labor and cast without worrying so much about getting a giant tangled mess of fishing line.

Fewer frustrated fishing trips are in your future!

Tools to Help You Load a Spinning Reel

Every fisherman should carry fingernail clippers to easily clip the fishing line after tying on new baits or retying lures. Plus, they come in handy when you need to clip your fingernails while waiting on the next bite!

The Piscifun EZ Fishing Line Spooler System would be my first choice simply because it can be used to spool both spinning reels and baitcasting reels. It is small and compact making it easily portable in a boat or even a kayak. It also attaches directly to your rod so you will not have to remove your reel from the rod in order to spool the fishing line.

If you don’t want to buy the fancy spooling tools you can always insert a pen or pencil through the center of the spool and have someone hold it while you reel it onto your spinning reel.

By following these steps you now know how to spool a spinning reel correctly to avoid getting those frustrating bird’s nests while fishing. This process will help you spend more time fishing and less time messing with a tangled mess!

If this article has helped you feel free to share it with a friend and check out another one of our great articles! As always, go live an awesome adventure! 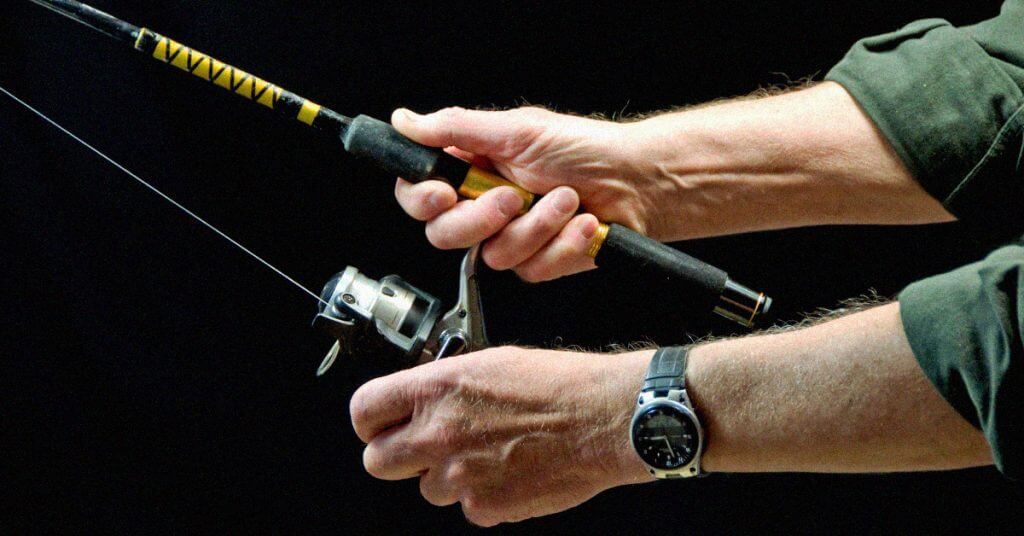 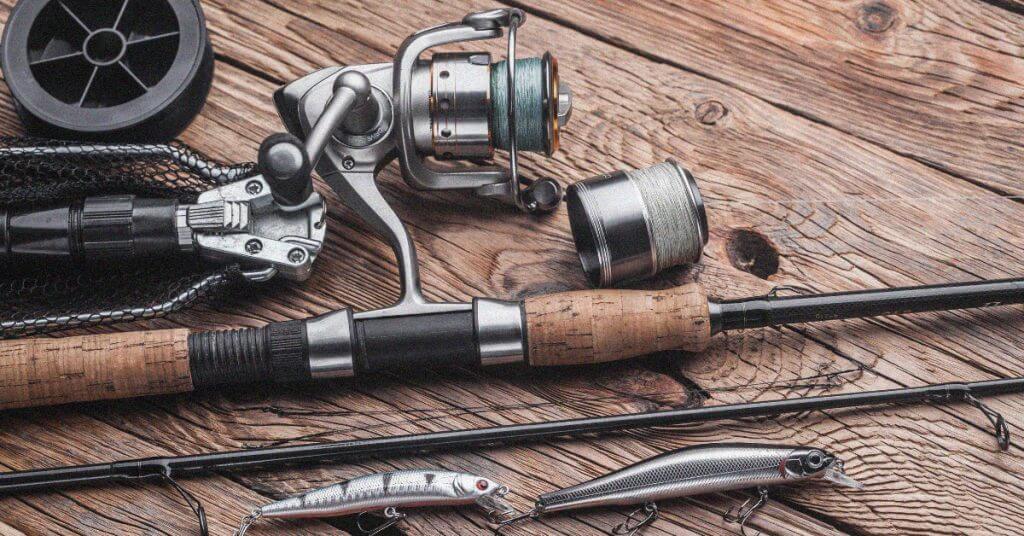 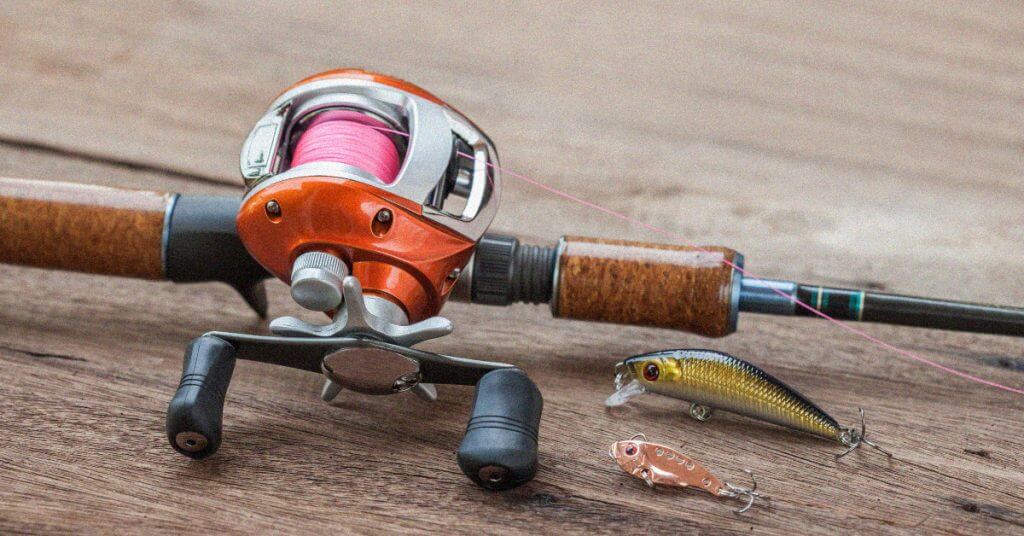 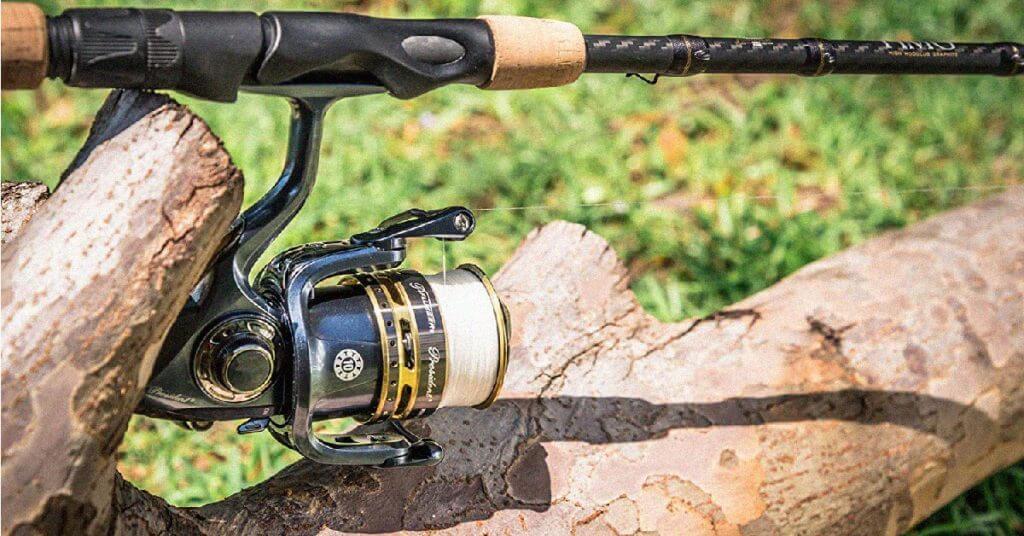 2 thoughts on “How to Spool a Spinning Reel to Eliminate Line Twist!”