For decades Minn Kota led innovation for trolling motors however, that’s not the case anymore after Garmin introduced a new trolling motor in late 2019.

When we compared the Garmin Force vs. the Minn Kota Ultrex side by side, it was easy to see why one should use the Force instead of the Ultrex.

The Force trolling motor has several unique features like gesture steering that the Ultrex doesn’t have at a similar price.

Continue we shall! Learn the greatness of the Force you must! Garmin has successfully produced electronics for the fishing industry for many years. They implemented the recommendations from their pros and their years of industry knowledge to manufacture the Force. A trolling motor we rated 9/10 in our Garmin Force Review!

The Force, alongside the Lowrance Ghost, further pushed innovation in the fishing industry with the standard features they introduced. Features such as,

You can see how the Ghost and Force faired when they squared off in our Lowrance Ghost vs. Garmin Force article. Despite leaning on innovation to keep them at the top for many years, Minn Kota grew complacent and allowed Garmin and Lowrance to out-innovate them. Compared to the other leading manufacturers, the lack of innovation is why we only rated the Ultrex a 7/10 in our Minn Kota Ultrex review.

With that said, we can’t dismiss the Ultrex as being a worthy contender because of features like –

A trolling motor is an essential tool for any fishing boat. Having a trolling motor on board already gives an angler an advantage over those who don’t have one.

The features of the better-trolling motor give the angler an advantage over other anglers who have a trolling motor.

The Ultrex and Force will both do a good job, but the Force offers better features.

Brushless motors have been standard in power tools for several years now, but only recently have they been used in trolling motors.

The advantages of a brushless motor are it’s quieter, more powerful, and more efficient than traditional trolling motors. Rarely will battery life be an issue.

The Ultrex does not have a brushless motor. Therefore, underwater it is louder than its competitors, like the Garmin Force and Lowrance Ghost. This means you run the risk of spooking fish that could have been caught with a quieter motor.

The Force has a brushless motor, so not only is it quieter than the Ultrex, but it’s also more powerful and efficient. So you can get to your spot quicker without scaring the fish and without worrying about running down the trolling motor batteries.

The Garmin Force easily wins this feature because the Ultrex doesn’t have it.

Having the ability to lock into position has revolutionized fishing. This feature keeps you from busting fish out of a spot and allows you to stay in the exact location to repeatedly make the same cast to put more fish in the boat. All high-end trolling motors must have some form of GPS anchor.

The Garmin Force has Anchor-Lock. You initiate this GPS anchor by pressing the button on the foot pedal, remote control, or using the compatible Garmin fish finders. Garmin had a few issues initially with the boat drifting off of the spot, but as of today, they have been resolved with a software update.

The GPS Anchor feature is a TIE. Both motors offer it and multiple ways to initiate the GPS anchor.

The days of creatively finding ways to mount a transducer to your boat or trolling motor are over. Most trolling motors on the market today have built-in transducers. However, they are often brand-specific.

Integrated sonar is standard on the Ultrex. What makes the Ultrex stand out is the option for universal sonar instead of limiting it to only Humminbird sonar. So no matter what electronics you currently run, the Ultrex is sure to work with them.

The Garmin Force has an integrated sonar that’s only compatible with Garmin electronics. However, because it is a brushless motor, the sonar has much less disturbance than the Ultrex.

The winner of this feature is the Ultrex because it offers universal sonar.

Having multiple power options is a standard feature for trolling motors. The differences emerge with how well motors transfer the volts into thrust. Most trolling motors require 24 volts or 36 volts to function correctly, with the 36-volt option giving the angler more thrust.

The Ultrex can operate at 24-volts, but it only has 80lbs of thrust. If the voltage is increased to 36, then the Ultrex will have 112lbs of thrust.

Operating at 24-volts, the Garmin Force has 80lbs of thrust, and at 36-volts, it has 100lbs of thrust. Garmin claims it appears to be less powerful because there are no thrust testing standards for the industry, so its competitors can put any number they want on their product. After testing, the Garmin Force is plenty powerful.

This feature is a TIE because both trolling motors have plenty of power when wired into a 24-volt or 36-volt system.

Multiple control options mean you are not forced to stay at the front of the bass boat and babysit the foot pedal all day. You are free to move about the boat because you can control it using a remote control, app, or fishfinder.

Controlling the Ultrex is simple using the remote, Minn Kota app, Humminbird electronics, or the foot pedal. No matter where you are, you can focus on fishing because you’re still in control of your boat.

The Garmin Force is controlled with the foot pedal, remote, or Garmin electronics. The wireless foot pedal can be placed anywhere in your new boat, and the remote has a unique feature called gesture steering which we will detail below!

The control options feature is a TIE because both give the angler control from anywhere in the boat.

If you use Humminbird graphs, you can set a course for your Ultrex, and it will follow it.

The Garmin Force can be programmed using Garmin electronics to follow a course or go to waypoints you have established.

This feature is a TIE since both motors have Auto-Pilot capabilities.

If you’re keeping score, you should have noticed that it’s tied up to this point of our review. I know I said the clear winner is the Garmin Force, and that’s because of its unique features, which we will now explore deeper.

Several unique features separate the Garmin Force from other trolling motors on the market. They are:

You can literally use “The Force” to steer the Garmin Force. Press the gesture steer button on the remote and then point the remote in the direction you want to go. This feature is unique to only Garmin.

While waterproof trolling motor remotes are relatively standard, not many float, this is a shame because if it happens to go overboard and disappears to the bottom, it doesn’t do you any good that it’s waterproof.

The Force is rated for saltwater or freshwater use. Garmin recommends washing it after every trip into salt or brackish water to avoid corrosion.

As you lift the motor out of the water, it will automatically position the lower unit to the stow position, so gone are the days off fighting it to lay down and stow correctly. If you get stuck in shallow water, you can still lift the unit and get unstuck. The lower unit doesn’t transition until thoroughly out of the water.

As we mentioned above, a brushless motor gives any angler an advantage because it’s more quiet, powerful, and efficient.

While the Garmin has several unique features, don’t count the Ultrex out just yet!

Despite the Ultrex being out for as long as it has been, it lays claim to a couple of unique features like:

This is the most appealing feature because it doesn’t require the angler to spend another large sum of money on new electronics. It does eliminate some of the other notable features, but the same would be the case for any other brand of trolling motor when you don’t use the brand-specific fish finders.

The Garmin Force and Lowrance Ghost don’t have “power-steering” because they are not cable steered trolling motors like the Ultrex. The Ultrex’s power steering keeps you from getting worn out trying to navigate the trolling motor.

As you can now tell, the Garmin Force has many more unique features that help to propel it into the best trolling motors conversation. That doesn’t mean the Ultrex isn’t a worthy opponent.

However, in this price range, I would recommend going with the Garmin Force trolling motor if:

If any of these ring a bell, don’t hesitate to purchase the Garmin Force!

I recommend buying the Minn Kota Ultrex if:

Check out the Minn Kota Ultrex if any of those sound like you!

If you have any experience running either trolling motor, we’d love to hear about it in the comments below! 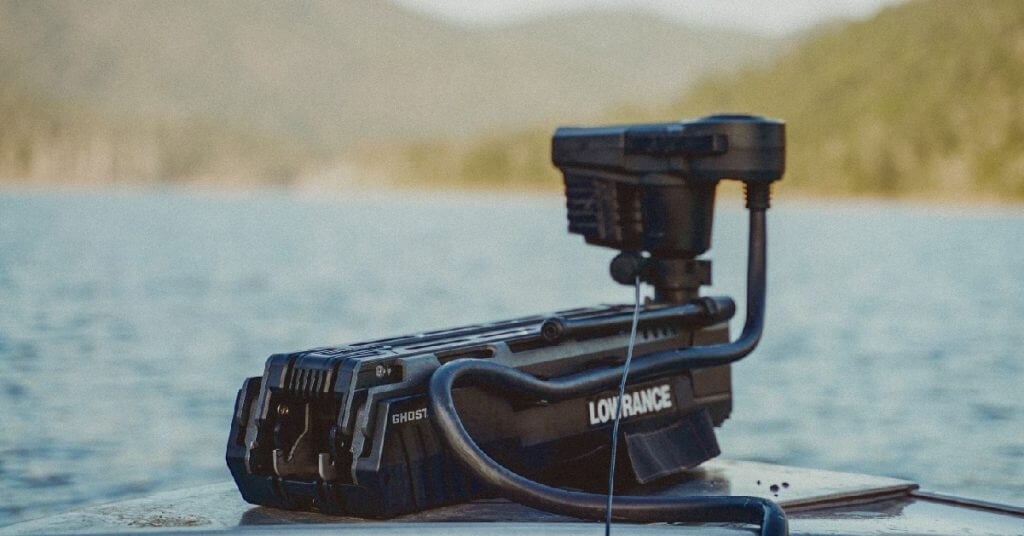 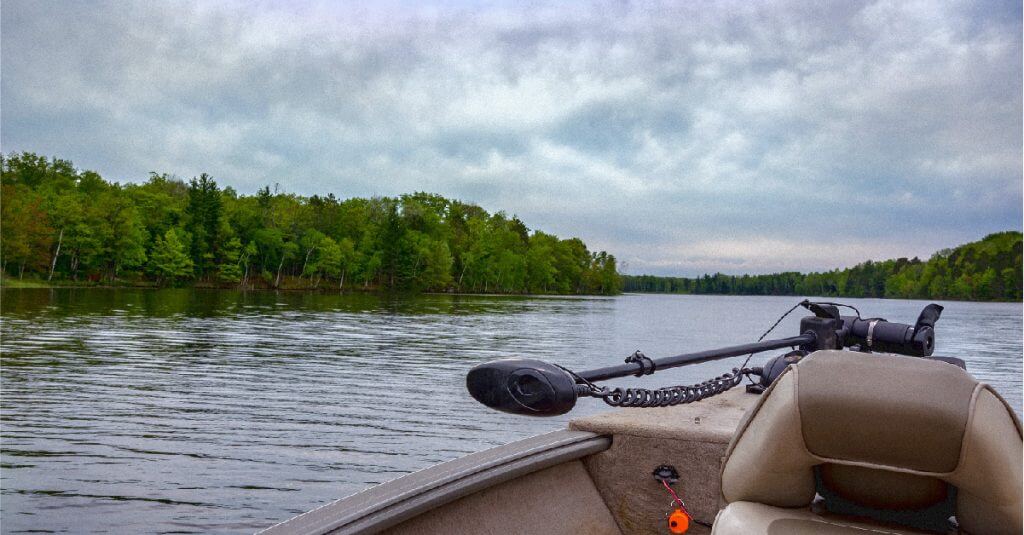 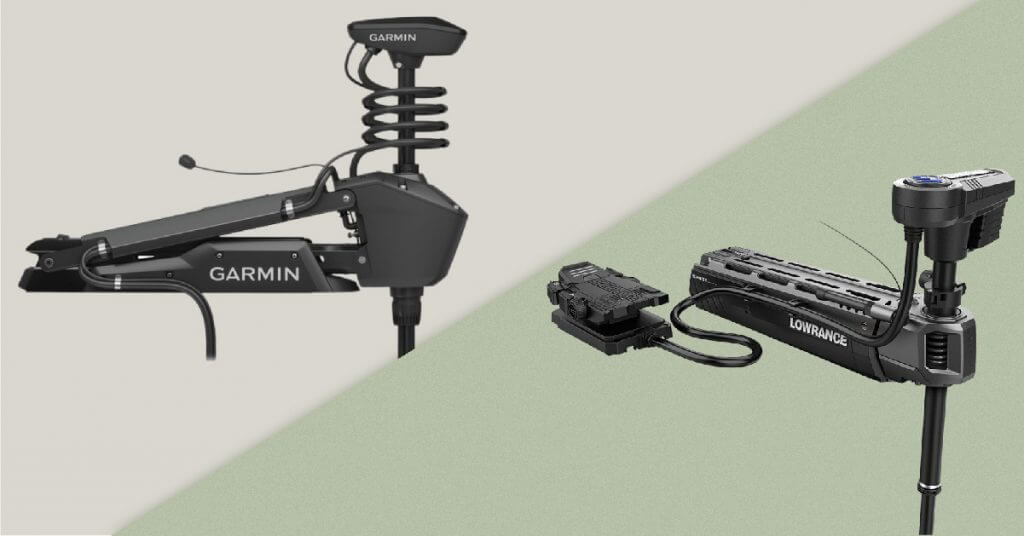 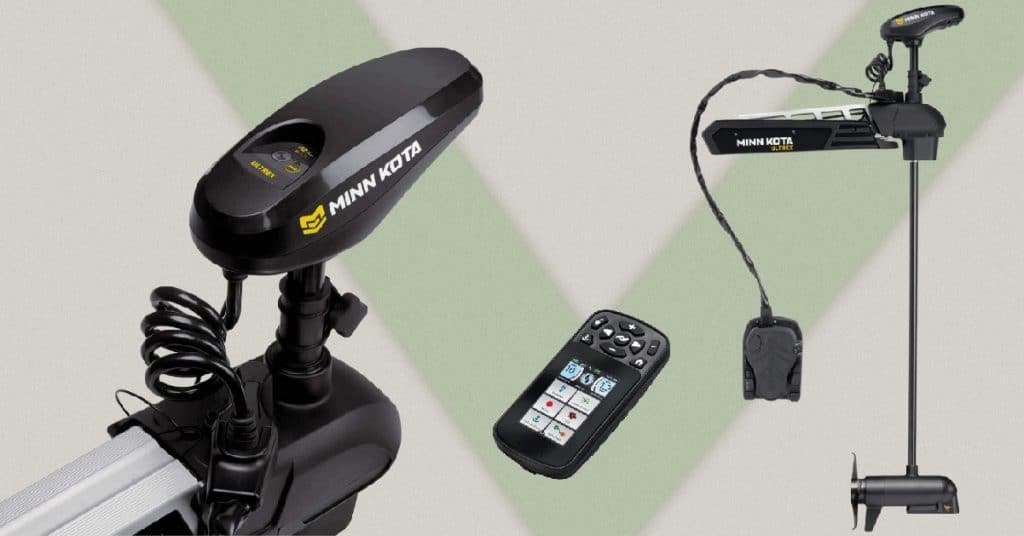