Redeye bass are known for their cunning red eyes and beautiful, brick-colored fins.

Their spunky attitude makes them a joy and thrill to fish in the streams and rivers of the southern United States.

While traveling to find them is a feat in itself, you’ll love casting flies and poppers to lure them onto your hook.

I’ve consulted plenty of experts on these fish and compiled their research on how to identify and catch these stunning fish easily.

Having heard quite a few redeye fishing stories myself, these are the best tips and tricks for snagging the elusive redeye.

How to Identify Redeye Bass

The first feature to note about these bass is that they do, in fact, have red eyes.

However, there are both largemouth and smallmouth bass with red eyes, so that doesn’t immediately make it a Micropterus coosae – the scientific name for redeye or Coosa bass.

Easily confused with other fish, like the redeye rock bass or a redeye smallmouth bass, it is crucial to understand the difference in their markings.

Their long, slender body is a mixture of dark bronze and olive green with pale bellies.

They have dark, vertical stripes or blotches along the side that fade with age.

The gill cover has a dark spot on it as well.

Their color lightens to a brownish white color on the belly. Their most prominent feature is the orange-red tail marked with white tips on the upper and lower edges.

The jaws of these fish extend to the rear of their eyes and no further.

This helps differentiate them from largemouth bass, whose mouths go past their eyes.

Redeyes also have 12 rays on their dorsal fin with scales at their base.

Most of these fish max out at a weight of three pounds, although it is much more likely to find them in the one-pound range. While most caught will be between 7 and 12 inches, the rumored largest redeye ever caught was 18.75 inches long and 8 pounds, 12 ounces.

Supposedly it was caught in Florida, although there are many critics of this mysterious catch.

The largest redeye that anglers can agree with in Georgia was caught in Lake Hartwell, by Steve Williams in 2004 and weighed 3 pounds, 7 ounces.

In South Carolina, the supposed world record was caught by angler Randy Dixon who apparently grabbed a 5-pound, 2.5-ounce one on Lake Jocassee with a Texas-rigged Zoom worm.

While all of these physical attributes help identify these fish from the rest of the black bass species, you can also have a good idea if you have one if you’re fishing with the right lures in the right places.

Diversity among the Micropterus Genus

Recently, there has been a lot of debate over what constitutes a true redeye bass. While there is no firm agreement among scientists, anglers, and fishing organizations, we can assure you that there are differences between these fish in the rivers in the south.

In 2013, an article was published by Winston Baker, Rebecca Blanton, and Carol Johnston that separated the M. coosae, into four new species:

The Micropterus coosae name is now only for the redeyes within the Coosa River system. These bass differ in their scale numbers, coloration, tooth patches, and the ND2 gene. While the average angler is unlikely to tell them apart, it is good to know the variation does exist.

The Shoal Bass Vs. Redeye Bass

A common misconception is that these bass are the same as shoal bass. But, there are quite a few differences between these fish.

Shoal bass also have red eyes and some reddish on their fins. However, they lack the white margins on the fins like the redeyes. Redeye bass have teeth on their tongue, but shoal bass do not.

Redeye bass are also slow growers. They’ll become sizable in their first year, then their growth slows down drastically. Meanwhile, shoal bass grow much faster – and larger – than the redeyes. The largest shoals are around 9 pounds and can be found up to two feet long, although between 1 and 1 ½ feet is more common. Red eyes rarely get that large.

Where Are Redeye Bass Located?

Redeye bass are native to mainly in the Coosa river basin of Georgia and Alabama, although some say they are also found in South and North Carolina, Kentucky, northeast Mississippi, Florida, and Tennessee.

In Georgia, check out these public spots on your search:

Keep in mind that many of the small rivers and streams that redeye reside will be on private land. Consider asking around your fishing buddies to see if anyone knows someone down in Georgia. You might just get lucky and have a portion of the river all to yourself.

Georgia is nicknamed the Black Bass Capital of the World. It is especially known for its redeye bass, which is why they included it in their Bass Slam.

Every year, anglers try to catch five of the ten eligible species to get recognition from the Georgia Department of Natural Resources Wildlife Resources Division. They win some pretty decent bragging rights too. In order to count your catch, it must be at least 8 inches long and have verified pictures.

Where Do You Find Redeye Bass?

Redeye bass detest lake life, instead opting for the cooler temperatures – in the low to mid-60s – found in the fast-moving water of streams and rivers. If there are any merging currents, edges, or eddy lines, those are worth casting in as well.

Once you’ve made it to a stream or river in the south, look for rocky spots, holes, or spots with submerged trees and brush. Redeyes love to tuck themselves in near cliffs, ledges, and other steep shore banks.

Standing on any rocks or boulder pockets will also give you a birds-eye view over these fish while being right around one of their favorite spots – especially if there are other sunken objects nearby. If you can’t find those, practice your finesse fishing and cast near some overhanging trees or bushes without getting caught. These are all great spots for seeking out redeyes.

If you’re a bit short on rivers, you might have some luck at inlets or outlets of ponds where cooler streams run into. If there is a pier, dock, or piling nearby, that’s worth trying as well. These fish are a little finicky with their water choice but are well worth the fight and search.

How Do You Catch Redeye Bass?

Fishing for these bass is fun because they put up a tough fight. This is part of the reason why this species is gaining traction in sport fishing.

These fish are driven by instinct and love to ambush their prey. They use cover and breaks in the current to hide before striking. By spending a few minutes to read the river, you’ll be able to take an educated guess about where they are hiding and striking.

When approaching a spot you think has one of these stealthy fish, try and approach from downstream. If the fish see mud, dust, or debris floating down, they will probably spook. Besides, the fish are usually looking upstream anyway to try and snag their next meal.

As you begin casting, try for the fish closer to you. This will hopefully spook less of the fish and give you more chances to catch. As you toss deeper into the debris, rocks, or inlet, you will hopefully find the sweet spot.

What Bait or Lure Should I Use?

Redeye bass are small in size, and they feed on similarly small things too. Common meals for them include crayfish, small fish, nightcrawlers, leaf and red worms, and a variety of insects on the surface of the stream or river.

Using natural baits, such as worms or minnows, can work on these fish, although artificial options like spoons, underwater spinners, and plugs work well too. Consider starting with a four-inch finesse worm and working from there. Of course, using flies with a fly rod is another popular way to nab a redeye.

While its a bit difficult in some of the smaller streams that you find redeye, many people catch them by trolling slowly along the river. Of course, you can also opt for drift fishing and let the river simply glide you along as you bring in the fresh catch.

If you are introducing someone new to the sport, consider a simple afternoon of still fishing. Surprisingly, these fish absolutely love the back to basics worm on a hook.

Once the new angler feels comfortable in the environment and gets the hang of it, move them up to baitcasting and everyone will have even more fun.

Lastly, make sure to switch up your bait if they’re not biting consistently. Most redeye will want to eat; they are just often in a particular mood. So, rotate between a few favorite lures to see what they will bite on that particular day.

Can You Eat Redeye Bass?

After you’ve caught a few that are worth keeping, you might be wondering if these fish are tasty. Yes! Their meat is delicious and flakey. Once you fillet them up properly, you can easily have a feast of these fish in no time.

However, there are a few spots that you don’t want to keep them, or you at least need to severely limit how much you eat, due to pollution in the water:

At both Weiss Lake Lay Lake in Alabama, you’ll only want to eat one redeye a month because of the high levels of PCBs. However, at Choccolocco creek, you shouldn’t eat anything caught in its waters.

If you want to dive deeper, check out my article about Mercury In Fish.

These fish start to spawn between April and May, although some will go into June. Regardless, springtime is when it happens. Once the water temperatures have warmed up to between 63 and 68 degrees Fahrenheit, it happens.

They like to nest and lay eggs in sheltered spots, like hard-bottomed creek pools with hunks of gravel. Canals or coves with thick vegetation or other protection of some sort also make a great home for these fish.

Males in the height spawning season may have a blue or green tinge to their head, neck, and throat. They will build their nest by placing their lower jaw in the center and rotating around. This creates a circle spot twice the length of the fish. The males will stick around after spawning to protect the nest and eggs, although the female is around as well. She usually spends her days finding food.

After birth, the baby redeyes will stay together in tight-knit schools as they grow.

With all bass fishing, so much of the joy is found spending time on the lakes and rivers. Incredible sport fish, like redeyes, make it worth it when you finally get that bite. Hopefully, with the information I’ve laid out for you, you’ll be able to track one of these incredible fighters down and experience it for yourself.

Do you have a favorite spot for catching redeye bass that you’re willing to share? If not, how about a story of how you caught one? We’d love to hear in the comments below! 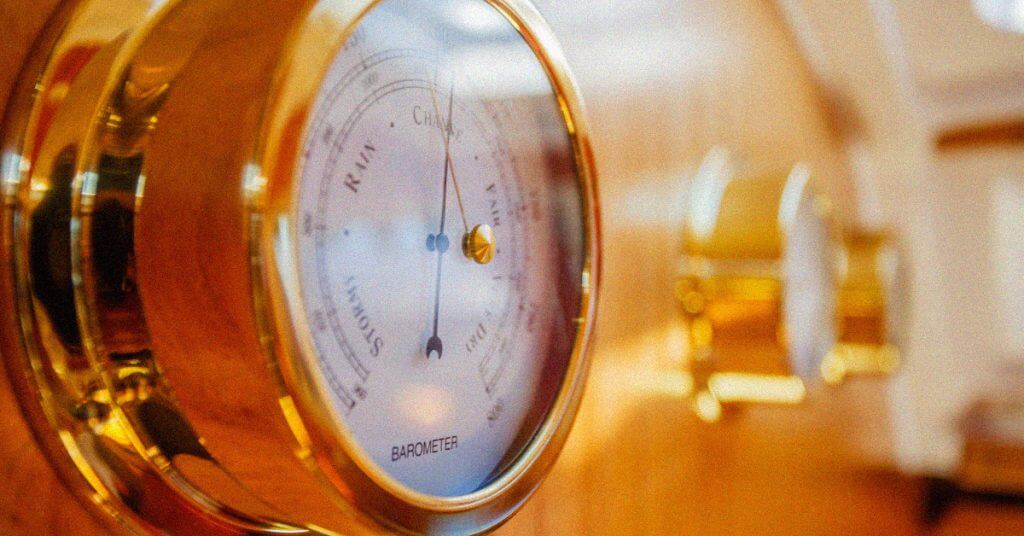 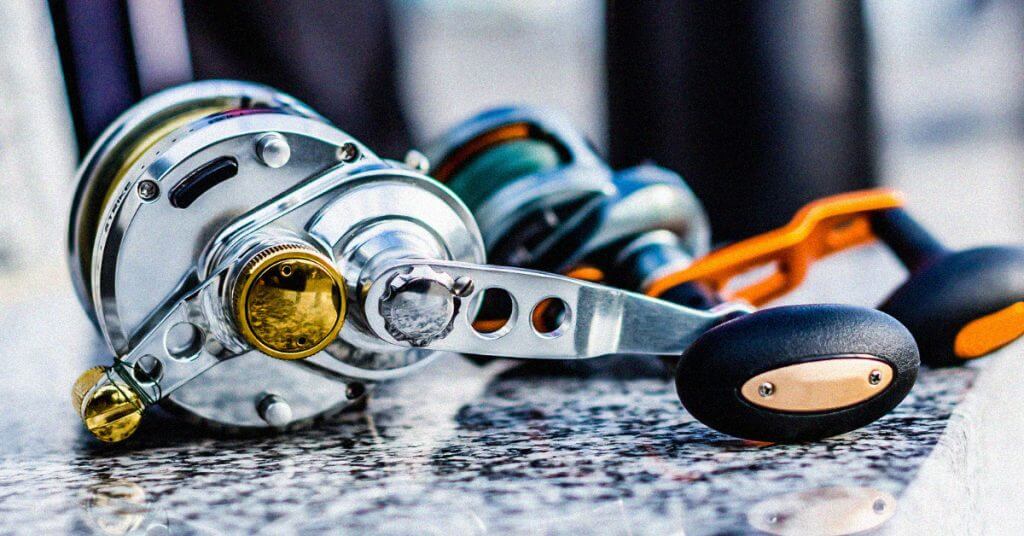 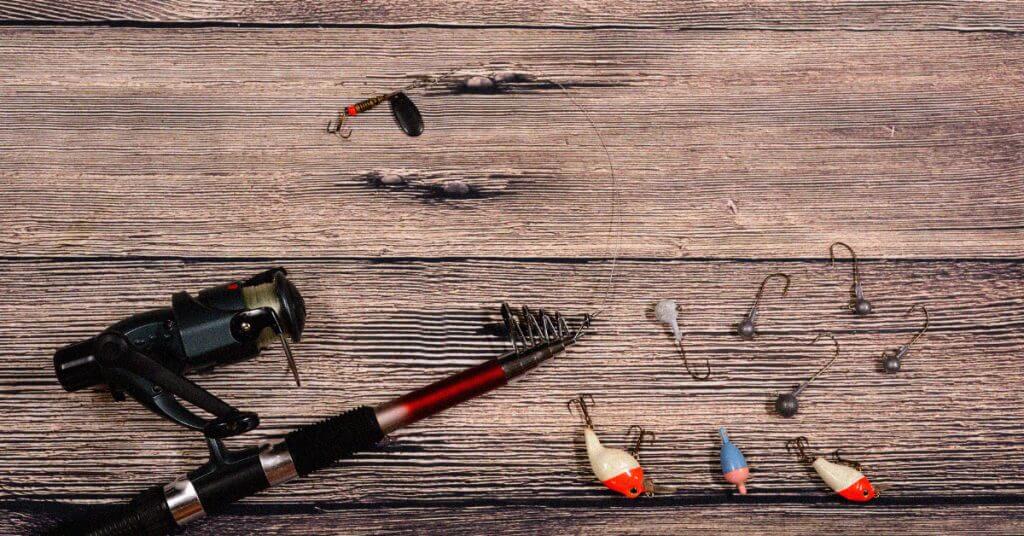 3 thoughts on “Redeye Bass: How to Find, Identify, & Catch These Incredible Fish”