Chirp sonar is a form of fish finding sonar that uses a continuous range of frequencies to provide an accurate and up-to-the-minute image of everything happening in the water. Chirp is the standard for fish finders now and in the foreseeable future.

Chirp is considered a game-changing technology when compared with the traditional single-frequency broadband sonar.

I spent a number of years fishing old school technology because I couldn’t afford to upgrade my fish finder. Let me tell you, Chirp is no longer for the rich and famous. It’s accessible to all at an affordable price and in this guide, I want to help explain why switching to Chirp could really up your game.

Do you really need a Chirp system in your boat? Let’s see.

What Is Chirp On a Fish Finder?

First of all, there’s a lot of technical “mumbo-jumbo” in here, but if you’re interested, it’s nice to know how the technology works.

We all know that sonar (Sound Navigation and Ranging) is an extremely useful technology used by marine vessels to “see” in the water and bottom tracking. For anglers using fish finders, it gives a clear picture of the sea bed and marine life forms.

Traditional sonar will send a single acoustic signal or “ping” at a time and receive feedback from it. Since it works on a single frequency, the clarity and resolution of the returning echoes aren’t the best. As a result, the displayed image on the screen of a fishfinder has limited resolution.

Besides, since the pulse generated by a non-Chirp sonar is short in duration, the total amount of energy that’s transferred to the water is limited.

On the other hand, Chirp works differently. It sends a range of frequencies into the water by using the process of pulse compression. This enhances the overall information captured by the system compared to a traditional or dual beam sonar.

The reason is, different frequencies have different penetrating powers in water and capture different information. For example, higher frequencies around 200kHz can’t penetrate deeper but provide detailed imagery. A low-frequency pulse of 50kHz can penetrate much deeper but captures less detail.

With the use of a composite pulse of multiple frequencies, a Chirp system captures images that deliver high-resolution down imaging. The transducer in the system interprets the data from the individual frequencies once they are reflected back. This delivers a wider range of information on the screen.

The fact is, Chirp has been around for some time. It’s mostly during the last decade that this technology has trickled down to the world of recreational fishing.

The following types of Chirp frequencies are mostly used in fishfinders:

Top-end Chirp fish finders allow multiple frequencies to be viewed at the same time on screen. That way, you get a broader view of the underwater terrain, and can also focus closer on the fish if needed.

However, the pulse frequency isn’t the only important aspect. The quality of the transducer that captures the signal also plays an important role in determining the performance of a Chirp system.

What is a Chirp Transducer?

Chirp uses a broader frequency range and the energy can be 10 times higher or even more than traditional fish finders. Also, a high-quality broadband transducer is needed to capture more data from the reflected pulses and generate higher resolution images.

The latest Chirp technologies use a low-Q transducer. These transducers can transmit a broader range of frequencies and deliver considerable intensity throughout the range. In addition, it can shift quickly between transmit and receive modes.

Also, low-Q transducers reduce the amount of ringing. Ringing is the term used to describe the period through which a transducer produces sound waves even after transmission has been stopped.

A higher ringing period makes the transducer inefficient for collecting the reflected pulse. This makes low-Q transducers a great choice for shallow waters.

Generally, Airmar Chirp transducers are a popular choice in marine applications for their high quality and precision.

How To Read Chirp Sonar?

You know this already- when you use the fish finder screen, a fish can show up on the screen either as an arch or a straight line.

The Chirp pulses form a cone in the water and as the fish swims through the cone it reflects the pulses from multiple points. The reflected pulses from the edges of the cone will have to travel longer than those at the center of the cone to reach the unit.

So, as the fish travels through the cone, a fish arch is shown on the screen. If a fish is stationary right under the path of the sonar, it is shown as a straight line.

If the arch is thick and has an intense color, you can mark it as a bigger fish. A bait school generally appears as an intense cluster, a cloud, or a group of small arches.

Here are a few points to keep in mind.

Each Chirp system has its own color palette that helps you to distinguish between underwater features and fish schools. You need to play with these to find out what works best for you.

Needless to say, Chirp technology has multiple advantages over a regular fish finder. No matter where you mount it on your boat, the results are better.

Here are a few of them.

Chirp provides you with an in-depth underwater view with higher clarity. It gives a better picture of the bait in the water and also helps identify larger fish from smaller bait fish. By scanning over multiple frequencies, you can clearly differentiate between the individual fish, plankton, tree trunks, or brush piles.

Another advantage is Chirp allows you to track fast-moving fish like Tuna. Compared to traditional sonar you have much better chances of tracking such hard-to-detect fish by using Chirp. Add to that a significant reduction in the noise ratio and better image resolution that gives you an edge.

Since Chirpo helps you to categorize fish, it takes the guesswork out of the process of fishing. Anglers get excellent target separation and more coverage area. Once you get used to the system, you’ll be able to easily differentiate between a bass and a walleye.

Plenty of times different species of fish gather together in hard-to-read spots. With Chirp you can get a clearer picture of such an area that’s not possible by using traditional sonar. This helps you to differentiate between the bigger and smaller fish.

That not only allows better target identification but also helps in understanding how bass reacts to a particular bait. With more information, you can adjust your fishing strategy as needed. When compared to traditional sonars or 360-degree imaging technology, this is a big boost.

Clear View of the Water Column

By using a Chirp sonar module you can get a clearer view of the water column under the boat. When you get to know the underwater structures clearly, you can make better decisions about how to target the game fish. With better depth penetration from Chirp, you can also venture with confidence into deep waters.

If you made it through all the technical information, congratulations! Is Chirp sonar worth the investment?

Yes, because it’s the industry standard for recreational anglers today. If you want a fish finder, you want one with Chirp, no questions asked.

Even though Chirp units come with a higher price tag than traditional sonar, the advantages they offer make them a real game-changer.

Take a look at our top fish finders to get a better understanding of how Chirp works in practice. Good luck out there! 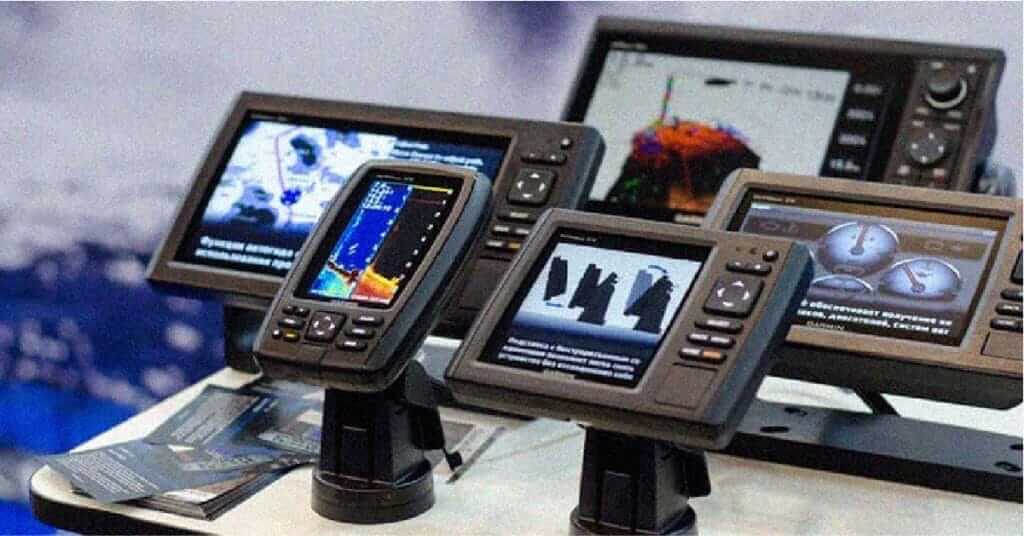 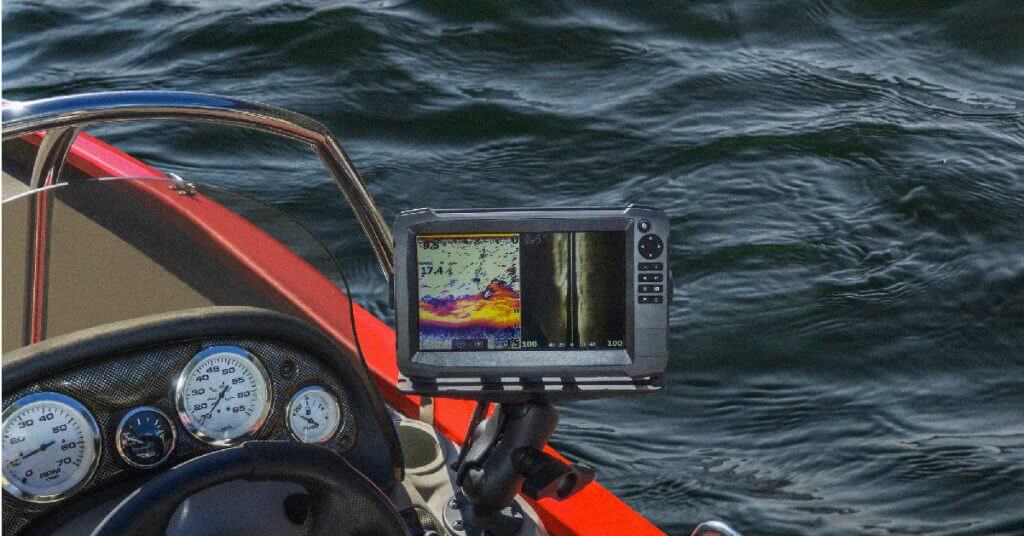 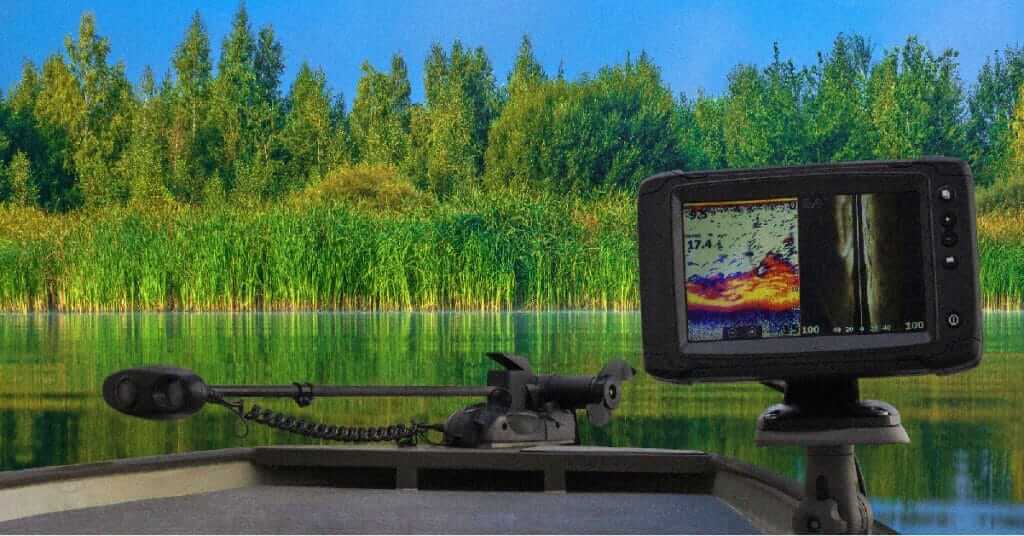